Fran over at FranIam tagged me for the "10 Random Things About Me" meme. And I am so grateful to her, since of course during NaBloPoMo it is always good to have fuel for a post!

So, here goes - here are 10 things you may not know about me: 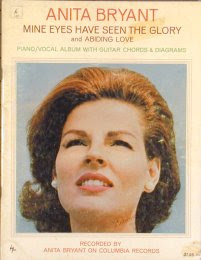 Update:
It occurs to me that I am supposed to tag others for this meme. I won't be specific, but will send it out there to anyone who is doing NaBloPoMo. I'm sure you may need some inspiration!
Posted by Mauigirl at 11/10/2007 10:43:00 AM

I too had a pet squirrel.

His name was Sir Johann Sebastian Squirrel, and I carried him in my pocket.

Unfortunately, he came down with pneumonia:(

What interesting choices of random things about you. I enjoyed reading your ramblings from one thing to another and another.

Too bad many children don't read as much as we did. Not much to watch on TV those days though, Mighty Mouse, Hopalong Cassidy, Sky King, no wonder we read. Did you really read The Scarlet Letter for fun? I think Nathaniel Hawthorne's days of glory are done.

I have a friend who raved about green tea ice cream prior to our dinner together at a Thai restaurant. The dinner was deelish, but sorry, I just couldn't find enthusiasm for gt ice cream. I let her finish mine.

And I hope you never wake up in the night to find all those glittering troll eyes peeking over the edge of the bed at you!

wow what a meme...wonderful....
my sister used to collect trolls too !!!
you have an amazing collection !!!
mango icecream is a favourite of mine too ... as well as fresh mango....

Fairlane, so sorry to hear of the fate of Sir Johann Sebastian Squirrel. We were very sad when we lost Felix. They are really great little pets.

Femail doc, thanks, glad you enjoyed it! I agree, it's a shame kids nowadays don't read as much. There is so much else for them to do, including surfing on the computer, playing electronic games, and IM-ing their friends. Yes, believe it or not, I did indeed read The Scarlet Letter for fun. However, I never did get through The House of the Seven Gables. I keep the trolls in a box in the closet during the rest of the year. But I'm not sure what they got up to at night...

Kim, it seems I'm not alone with the troll fetish. I was searching for pictures of trolls (until I finally gave up and found one of my own) and found quite a few websites talking about their collections! How many does your sister have? I love fresh mango too; I am bad at cutting it up though!

It scared me when I was reading your collection of trolls, until I saw the photo.

we had a pet squirrel too -- my father built a house for them in the backyard (in NJ) -- who knows if it was the same squirrel --- but there was always one living there --- and my father would always leave it food.....our cat was SO afraid of the squirrel house.

I went to Japan a few years ago. Anyone who likes green ice cream would be in heaven there. I had green soft ice cream for breakfast. Green tea ice cream is all over the place!

Larry, you should try green tea ice cream, you may like it!

DCap, who knew so many people have had pet squirrels? I'm glad to hear you too are among their fans. So many people get so mad at them for stealing the birds' food or getting into their attics. But the little guys are just trying to survive. We had some outdoors squirrels that we used to be able to hand feed peanuts. When we first moved to our house we tried tempting them up on the back porch and eventually a whole bunch of them got tame enough to take a peanut from our hands. Then we got a dog and that was the end of it!

Rhea, Japan must be an interesting place to visit! I'll have to get there someday!

I had no idea you could keep a squirrel for a pet. We have so many of them in our area lately and I love watching them gather their food for the winter. They seemed to be everywhere about two weeks ago, now I'm not seeing so many of them.

All that talk about ice cream has made me hungry, though. Maybe I'll raid the freezer before I go to bed this evening. My all time favorite ice cream is chocolate peanut butter. We have an ice cream store near us called Oberweiss and their ice cream is amazing! I always keep a few pints tucked away in my freezer for those bad days when I need some comfort food.

THIS IS GREAT! I am so glad I tagged you.

What a fascinating person you are; not that I ever doubted that one.

When I was in the 6th or maybe early 7th grade, my friend Cynthia and I each bought a paperback copy of The Scarlet Letter and read it. We did understand but thought that we had accidentally bought some less than savory book.

We were pretty embarrassed and thus hid the books in our rooms.

At 50, we have continued to laugh about this! You were more innocent than we were!

As for your forays into religion, I think many of us want to find some meaning. For me, I have made my peace with my own way.

Sometimes it is just loving your dog or watching a sunset.

And that is all that is needed.

Mary Ellen, ice cream has recently become my biggest weaknesss. It's interesting because in the past I wasn't as into it. I always keep Edy's Slow Churned ice cream in my freezer - lower in calories and fat but tastes just as good as the real thing. I don't know how they do it.

Fran, glad you enjoyed my version of your meme!

When I was in 7th grade my friend Sally and I stole one of her mom's James Bond books and read it while we were camping out in a tent in her back yard. It was "From Russia With Love" and we were fascinated by the chapter where James finds the female spy naked in his bed wearing nothing but a black velvet band around her neck. James Bond books were considered racy but in actuality there was very little detail after that hint of what was to come!

I think we had a general idea of what went on but we weren't real clear on the whole thing!