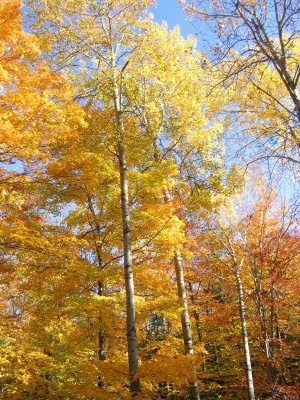 Some trees are now bare
Showing dark against the sky
Dramatically stark.

Some days are still warm
But you can smell the dead leaves
Wafting on the air.

Winter's not here - yet
But it's around the corner;
November looms close. 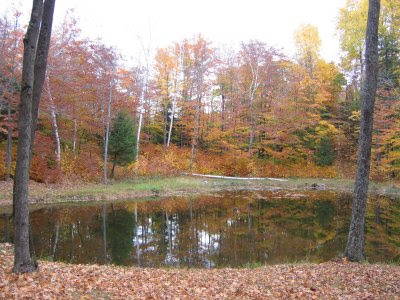 ...winter is not far behind. But last week up at the cabin the foliage was near its peak, the weather was mild, and winter still seemed far away. But as the days get shorter, the nights get colder, and we know winter will be coming, inexorably, as it always does.

This winter will seem particularly long if the Republicans win control of the House and possibly the Senate. I can only hope that the polls are wrong and the carnage won't be as bad as feared.

But if it is, I hope the Democrats and the President see the error of their ways and don't react to a setback as a sign that they need to move more to the center. Instead they should realize that the lack of support on the Democratic side is driven more by disillusionment from their core constituents rather than anger by Independents against the liberal agenda.

How can supporters of gay rights, who backed President Obama in 2008 under the assumption he wanted to overturn DADT, still believe in his support if the DOJ continues to block efforts to change it? The President claims he wants Congress to overturn it, but getting this Congress to do anything is, as we well know, impossible. So why not take advantage of the situation and let the judgment stand?

According to an op-ed piece in the New York Times by Walter Dellinger (former head of the Justice Department's Office of Legal Counsel), the administration is, in fact, compelled to carry out the laws of the land. Per Mr. Dellinger,

"Many people seem to believe that the law would disappear if the Justice Department refused to appeal the court order. But there are two reasons that’s not the case.

First, the government has an obligation to comply with the nation’s laws, regardless of whether the president agrees with a particular statute. Doing otherwise would also set a precedent justifying similar nullifications by future administrations. The next president might, for example, decide not to enforce the recent health care reform law; all he would need would be a single ruling against the law by a single district court judge, which he would then refuse to appeal."

However, don't get the impression that he feels there is nothing President Obama can do in this situation. On the contrary, he suggests that the President make it clear that he believes the DADT law is unconstitutional and use his bully pulpit to push for the reform, something he has seemed reluctant to do in anything but a perfunctory way, and only when he's speaking in general terms. As Mr. Dillinger explains,

"However, Mr. Obama may have another option: while appealing the lower court’s decision, he could have the Justice Department tell the appellate court that the executive branch believes the law is unconstitutional.

In other words, the Justice Department would take the formal steps necessary to defend the law, but it would also make substantive arguments about why the law should be struck down. The Supreme Court could still vote to uphold the law, but the president’s position could significantly influence how the court rules.

Doing so wouldn’t unfairly strip the law of adequate defense: if the administration took a stand against the law, the appellate courts would very likely allow lawyers for Congress or outside groups to appear and argue on its behalf."

Sounds like a plan to me. It certainly couldn't hurt.

UPDATE: Found a good article in the comments section of From The Left - an article in Newsweek that details even further the things the Obama administration could do to undermine DADT.

I'm sure the President is stepping gingerly with this one to avoid controversy before the election - as if it would even help. But I hope once the election is over - whatever the outcome - that President Obama uses his next years in office to stand up for the principles he said he stood for during his campaign. Let's get DADT and DOMA repealed, let's get Guantanamo closed, let's get out of Afghanistan and Iraq completely. The latter would be the most important accomplishment he could make, since the wars are responsible for a huge amount of our soaring deficits - an amount that is never mentioned by the GOP or the Tea Partiers since military spending is sacrosanct to them. Reducing the deficit by lowering military spending would take some of the wind out of their sails. (Of course then they'd say the Democrats were weak on defense but that's another story and probably more easily countered than this vague financial "deficits" issue).

Oh well, enough venting. I decided I'm going to leave my purple format up until DADT is repealed!

In the meantime, below are pictures we took when we were in the Adirondacks last week. Enjoy the scenery and don't think about the upcoming elections if you can help it. But do get out and vote when the time comes, of course! While we may not be thrilled with the Democrats, the Republicans would be a lot worse. 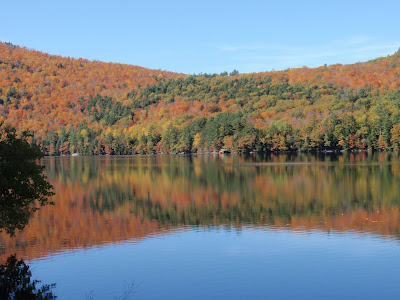 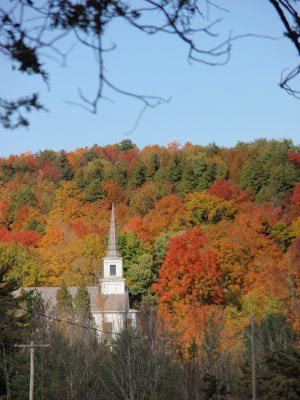 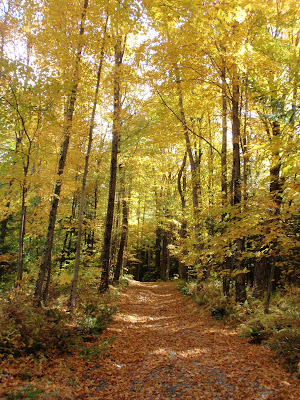 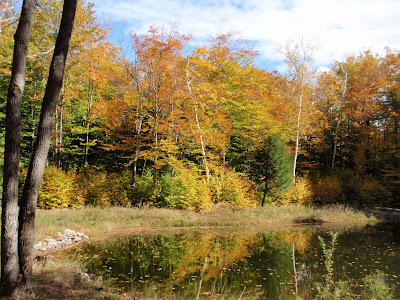 We got the Little Cat a cozy cat bed and she loved lying in it by the fire. 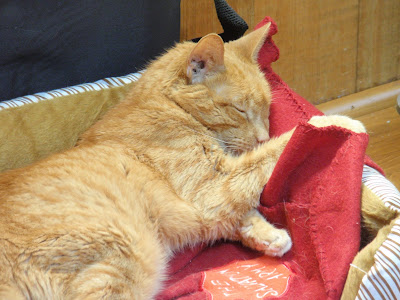 Wearing Purple Today - In Remembrance and Support of LGBT Teens 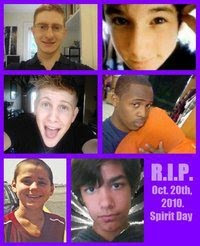 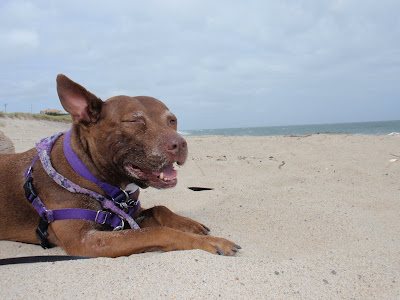 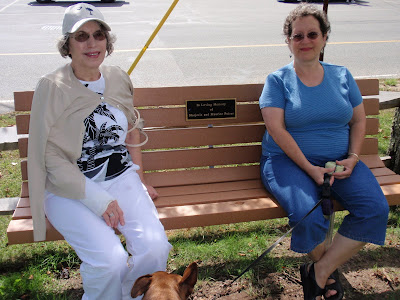 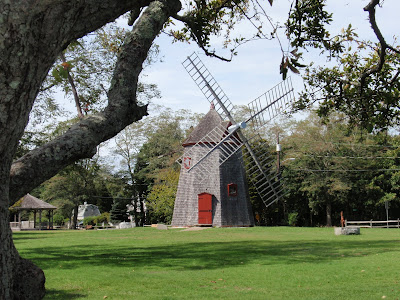