Curing Childhood With a Pill 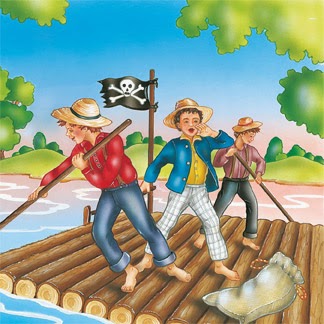 I have had this post percolating in the back of my mind for over a month now, ever since reading an article in the New York Times about a newly-"discovered" mental disorder in children called Sluggish Cognitive Tempo or SCT. According to the article, "the condition is said to be characterized by lethargy, daydreaming and slow mental processing. By some researchers' estimates, it is present in perhaps two million children."

Over six million children in the United States, according to the article, have been given diagnoses of Attention Deficit Hyperactivity Disorder (ADHD), usually treated with one of several drugs. Adderall, Ritalin and Concerta,all stimulants, are among the drugs used to treat kids with standard ADHD symptoms.

Eli Lilly makes Strattera, a non-stimulant type of drug used for ADHD. Lilly recently funded a study to learn whether Strattera can help symptoms of SCT as well. The conclusion was that Strattera did have significant effects on children with the condition, which may or may not be an official mental disability. It may just be a subtype of ADHD. It is not yet listed in the Diagnostic and Statistical Manual of Mental Disorders as a separate condition even though symptoms have been recognized for several decades.

Then I saw yet another article in the Times, this one saying that 10,000 toddlers are being medicated for ADHD - these are children of 2 or 3 years old - many of them children who are on Medicaid. These medications haven't even been studied for safety or efficacy in children this young, and using them on toddlers is outside the standard of care for pediatricians. And yet, this experiment on our youngest citizens is taking place across the country. Young children, practically still babies, are being given powerful drugs with unknown consequences when their behavior patterns could be the result of poor nutrition, poor family life, lack of sleep, etc. Toddlers develop at different rates and this age group is in flux - some children are precocious; others may be a bit behind and find it harder to settle down. Shouldn't their physicians be looking deeper, or waiting longer to see what happens as the toddler matures, rather than prescribing a pill to "cure" him or her?

I am not denying there are children who do have real learning disabilities and that they have been helped tremendously by these medications. This new or renamed disorder may be another type of ADHD or a separate condition and there may really be kids who might benefit if properly diagnosed and medicated. In fact, I am usually a strong proponent for "better living through chemistry."

But - I do wonder whether it is true that this many children in our country truly have something wrong with them, or whether adults' expectations of children's behavior have changed in the last 30 years or so. Schools and teachers are being judged on how well they are functioning by how well the children they teach do on tests. Many children worry about things like getting into college at an age which my generation wasn't even thinking about it yet. They take expensive classes just to ensure a high SAT score; something no one did in my day. Heck, in New York City, parents compete  - and even cheat - to get their children into the "right" preschool.

When I look at the definition of SCT, I think of some other students in the past who may have had those symptoms - students like Albert Einstein or Thomas Edison, for instance, both of whom were considered problem students.


"He [Einstein] was a poor student, and some of his teachers thought he might be [ mentally handicapped]; he was unable to speak fluently at age nine. Still, he was fascinated by the laws of nature, experiencing a deep feeling of wonder when puzzling over the invisible, yet real, force directing the needle of a compass.... Einstein's formal secondary education ended at age sixteen. He disliked school, and just as he was planning to find a way to leave without hurting his chances for entering the university, his teacher expelled him because his bad attitude was affecting his classmates." (Source)

"Edison was a poor student. When a schoolmaster called Edison "addled," or slow. his furious mother took him out of the school and proceeded to teach him at home. Edison said many years later, "My mother was the making of me. She was so true, so sure of me, and I felt I had someone to live for, someone I must not disappoint." At an early age, he showed a fascination for mechanical things and for chemical experiments." (Source)

And think about Mark Twain - who also left school early and was a dreamer who preferred going on escapades with his friends and aspired to become a riverboat pilot. Most of his learning thereafter was self-taught, and he eventually became the journalist, and finally the esteemed writer that we are so familiar with today.


"In his youth, Twain was a mischievous boy, the prototype of his character, Tom Sawyer. Though he was plagued by poor health in his early years, by age nine he had already learned to smoke, led a small band of pranksters, and had developed an aversion to school. Twain's formal schooling ended after age 12, because his father passed away in March of that year." (Source)

What about Winston Churchill, who also struggled to conform to formal education?

I wonder what would have happened if these notable men had received medication for their conditions when they were children? Would they have gone on to be the geniuses that they eventually became? Or would their creativity and inventiveness have been stifled and would they have just gone on to be cogs in the wheel of commerce instead? The truth is, none of them were suited for the rote learning in standard schools and excelled when able to learn in their own way and pace, and to learn about subjects that interested them.

How many of these children currently identified as suffering from ADHD (or SCT) would blossom if they were given the opportunity to learn in their own way rather than the way the school expects them to learn? Would they still need medication? Some of them, probably. But there might be a good number that turned out not to need medication, but instead have their needs better addressed.

I am not ordinarily a fan of charter schools, because diverting tax dollars to private enterprises just robs the public schools of much-needed funds. But there are innovative schools, whether charter, public or private, that are trying out new ways to teach children. They should be viewed as laboratories for learning what works best and for whom. If some of these innovative methods are successful, then they should be transferred to regular public schools as well so that all children can benefit.

Magnet Schools are public schools that focus on a specific discipline, such as math, science, history, performing arts, music, etc., and often use innovative teaching methods as well. While these schools do promote integration in some areas, the fact that they cannot accept every student who wants to attend them generally leads to less diversity in socioeconomic status than in public schools.

Charter schools, of course, are the latest idea for disrupting the status quo of the public schools. Those schools that do well for their students tend to use innovative teaching techniques such as project-based learning, portfolios instead of grades, thematic, multi-grade classrooms, and more.

AltSchool, based in San Francisco, is an example of a private school that is using innovative techniques to help children learn. Their website defines AltSchool as a network of microschools, which provide "personalized learning plans" for their students and address the needs of the whole child. At $19k annual tuition, it costs as much as many colleges; however, there is a tuition assistance fund.

Now, mind you, I am not a teacher, have no experience in the education field, and have no children. I am certainly not up on the latest and greatest when it comes to curricula, or the challenges teachers - and school administrators - face every day. There is no magic bullet and I invite all of you with more experience in this field than I have (and you are legion) to comment and add your perspective.

But it seems as if there has to be a better way to deal with children who have difficulties learning in the standard classroom other than medicating them into lock-step with everyone else so they can fit into a mold.

I'll leave you with Harry Chapin's classic song about the kid who didn't fit into the mold - Flowers Are Red.