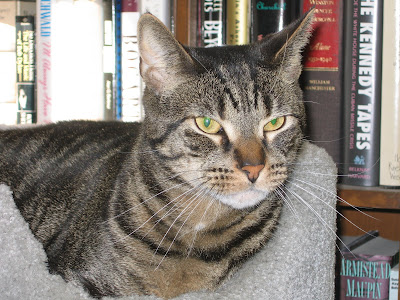 Baxter here. I am looking a little cranky in this picture because The Dog had recently chased me up into my Cat Perch when it was taken so I had not yet regained my composure.

First of all, welcome to my third effort at Blogging. I am finding it a good Outlet for my Frustrations and Emotions. We Cats don't usually like to talk about our Emotions so it is nice to be able to let it All Hang Out.

Speaking of which, my Humans were letting it all hang out last night during that Giants-Packers game. I was trying to get some shut-eye, first on the Male Human's lap and then on the Female Human's lap. But they kept making noise when Something was happening on that box they like to watch.

I really wasn't paying attention to this thing they called the Playoff Game but I couldn't help it after awhile as they were making too much of a racket. Finally the Female one made a big screechy noise and scared the Bejeesus out of me and I had to run off into the other room in a huff. They came up to bed shortly afterward so I guess that was the end of it. They seemed very Happy. They were saying the Super Bowl Party they are going to be at on February 3 will be more Fun this way. Unfortunately Cats are not invited to the Party, so I guess I'll be sitting home sulking. My only comfort will be that The Dog is not invited either and she'll be sad. 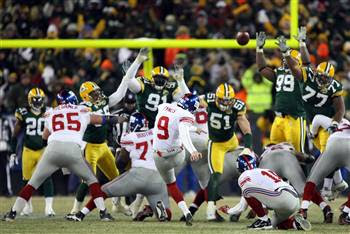 In other news, there was a big To Do recently about the Obama Human talking about Ronald Reagan in what was seen as a Complimentary Way. Apparently the other Liberal Humans were not pleased with what he said because they think of Reagan as second only to that Nixon Human in the depths of his Evil.

But Liberal Values quotes the offending Speech as follows:

"I don’t want to present myself as some sort of singular figure. I think part of what is different is the times. I do think that, for example, the 1980 election was different. I think Ronald Reagan changed the trajectory of America in a way that Richard Nixon did not and in a way that Bill Clinton did not. He put us on a fundamentally different path because the country was ready for it. They felt like with all the excesses of the 60s and the 70s and government had grown and grown but there wasn’t much sense of accountability in terms of how it was operating. I think he tapped into what people were already feeling. Which is we want clarity, we want optimism, we want a return to that sense of dynamism and entrepreneurship that had been missing." (emphasis added by Yours Truly.)

Now, call me silly (well, don't, because I'd be Offended...but I digress) but that doesn't sound to me as if he was necessarily endorsing the policies of the Reagan Human. What he said, if anyone actually paid Attention, was that Americans want optimism, dynamism, and entrepreneurship. It did not say they want Tax Cuts for the Rich.

My Female Human, the one who usually writes here, has thought of this comparison herself. She says Reagan was able to beat the Carter Human who had been talking about how the country was in a "malaise," because Reagan talked about the country as a "shining city on a hill." "Malaise" vs. "Shining City." Which would YOU pick?

Obama is saying he represents that sense of optimism that has been missing during the last 8 years; not that he wants to reinstate any of Reagan's policies. Anyone who doesn't Get that is just meowing to get attention, in my book.

There may be other reasons not to want to vote for the Obama Human but thinking he's an admirer of Reagan's administration should not be one of them.

On another subject, what is going on in that thing called the Stock Market? My Female Human says that when it comes to checking her 401k balance, she is making like the "three monkeys" - Hear No Evil, See No Evil, Speak No Evil. 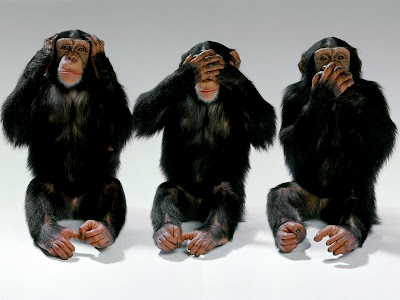 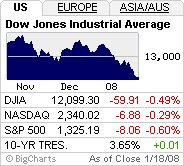 Now, as a Cat, I have no interest in High Finance. It's no skin off my Nose whether or not my Humans have to work until they're 75 instead of retiring at a decent age. As long as my Bowl is filled with Cat Food I am a happy camper. But I know my Humans are a bit concerned. And I hear that the foreign markets are plunging today - lucky thing ours is Closed for the holiday.

Finally, I'll finish with another humorous, yet pertinent, LOLCAT. 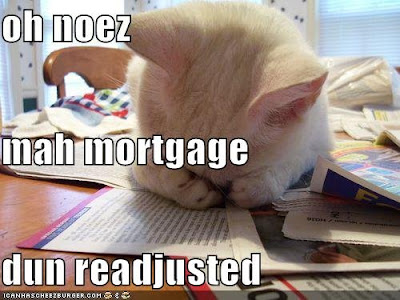 Hope you all have a good week and have an ample supply of Catnip to get you through the ongoing Campaign of the Human Presidential Candidates.

I hope the giants win the whole enchilada, since my packers won't.

rats. but it was a whole lot easier losing to the giants than it would have been to lose to dallas.

Baxter looks like he could use a scratch under his chin. Or behind his ears.

This money stuff has most of us non-felines riled up, doesn't it?

Baxter is simply too cute. And very wise indeed!

However, I would ask that the words and letter 4, 0, 1 and K are not used in a sentence again this week unless it is good news please. Thanks Baxter!

you're right (or, i mean, baxter's right). obama wasn't saying he supported reagan's policies. he's too smart (and too liberal) for that.

there may well be grounds on which one can critique obama, but that's not one of them.

great post...and About Reagon.....in your kitty wisdom you nailed it....

I love that your cat writes posts on your blog. I have a blog for my cats and I haven't written in forever, probably since before my dad died.
Nice to read a more upbeat blog, for once.
-Bert
http://alzheimersdad.blogspot.com

Thanks, Jess, I know what you mean - my Humans say they still can't stand Dallas; it must be left over from the old days when they said Dallas used to win all the time.

DCup and Fran, the money stuff is certainly a problem, and my Humans' that-which-shall-not-be-named (in deference to Fran's request) is probably in the toilet!

Slouching Mom and Enigma, I'm glad you concur with my considered opinions of this issue.

Bert, thanks for your comment! I'll have to go check out your Cats' blog.

If only that candidate of shrilldom had the wisdom and fortitude of a cat.

can you ask Felix the Cat to run for president

Larry and DCap, you are right. We need a Cat for President!

Hiya Baxter. You really gotta do something about that Dawg.

It's best to keep your distance from humans when they're engrossed in football. They could get carried away and launch you as a long forward pass, or worse yet, as a field goal attempt.

Humans also get caught up in the spats between their media-darling candidates, when they would be better served to pay attention to the candidates positions in the issues.

On politics, it's simple for us. We are not RepubliDOGs. Those that get all that money that seems to disappear from your humans pockets are not really fat cats. They're only rich humans. So remember... we are DemoCATs.

Tomcat, thank you for the advice. You are correct, we cats are all DemoCATS (by the way, my Female Human thought that was a great coinage!). It is obvious Dogs are RepubliDOGS because of their endless greed for more and more Food and their insistence that everyone do things their way. At least that is my experience with this particular Dog!