It seems as if whenever January rolls around I get down in the dumps. The few times I've ever actively searched for another job were in January. I recently heard on the radio that the most depressing day of the year was last Monday. I was not in the least bit surprised since I had really gotten up on the wrong side of bed that day! Here is the link that explains this phenomenon: http://www.msnbc.msn.com/id/6847012/

Interestingly, two years ago when my father was rapidly declining in the nursing home, I heard on the radio that the most common day of the year for people to die was January 20. Kind of at the same time as the most depressing day of the year. It makes a certain kind of sense. And at the time I thought to myself that it would be weird if my father passed away on that day. And as a matter of fact, technically he did, as he died after midnight on the 19th of January, 2005, making it January 20.

Despite the fact that February is probably the dreariest month of all, it is in January I start getting so reluctant about going to work that I can barely drag myself in. By February I start to perk up.

It's getting really bad - and even I think 10:10 a.m. is a bit late to be getting into work at a Big Corporation! I sneak in the side entrance, take my coat off, and hang it up in a closet right near the entrance. So when I walk to my cube I don't have on a coat and I like to believe that I have fooled everyone and they don't know that I'm just getting there! I'm sure I am mistaken on that but so far no one has said anything to me.

Once I'm here I can't even get up the energy to leave. I worked until 8:30 two days last week. I get a lot done from 5 to 8:30 p.m. It's as if my whole mental clock gets turned around at this time of year and I just have a later schedule than the rest of the normal people.

This is the time of year that I start thinking about the Meaning Of It All, and why am I still working here, shouldn't I be doing something Important With My Life? Something that Matters? I don't know if it's a mid-life crisis or a mid-winter crisis. But if it's a mid-life crisis I think I've found an interesting website to nurture it with: http://www.lifetwo.com/production/tags/life_plan 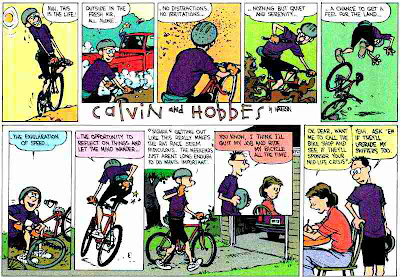 On a brighter note, I finally got a new computer at work. A nice new IBM Thinkpad with a wireless connection and much faster processing. I am very excited about this. I'm going to take it with me to Australia so I can watch movies on it when I'm on the plane. Along with reading 3 or 4 books!

As you can see I'm already starting to count the days to Australia. Made an appointment for our dog to be boarded, lined up my friend to watch the cat. And I'm already mentally packing what I'm going to take with me. I think after the two weeks in the sun I'll have a whole new attitude! Bear with me, January is nearly over and I regain my normal perspective the closer it gets to spring!
Posted by Mauigirl at 1/29/2007 05:33:00 PM