So, it seems that the bailout that had supposedly been agreed upon, has failed to pass in the House of Representatives. According to the New York Times,

"The vote against the measure was 228 to 205, with 133 Republicans turning against President Bush to join 95 Democrats in opposition. The bill was backed by 140 Democrats and 65 Republicans."

Apparently, Nancy Pelosi made a cranky speech before the vote, saying it was all the Republicans' fault that we were in this mess, and it didn't go over well with some of the Republicans.

"Immediately after the vote, many House members appeared stunned. Some Republicans blamed Ms. Pelosi for a speech before the vote that disdained President Bush’s economic policies, and did so, in the opinion of the speaker’s critics, in too partisan a way.

'Clearly, there was something lacking in the leadership here,' said Representative Eric Cantor, Republican of Virginia.

Democrats, meanwhile, blamed the Republicans for not coming up with enough support for the measure on their side of the aisle."

I don't know whether the bailout is right or wrong. I do wonder whether, if Ms. Pelosi wanted the bill to pass, why she would have said something partisan right before the vote which she knew would anger Republicans. Or, maybe she didn't want it to pass, and can blame the Republicans now for not voting for it.

All I know is, the stock market fell 778 points today, the biggest single loss since Black Monday in 1987.

In the meantime, Wachovia, the country's 4th largest bank, is being gobbled up by Citigroup. There are so many buyouts and mergers going on this month that it's like watching a game of PacMan. 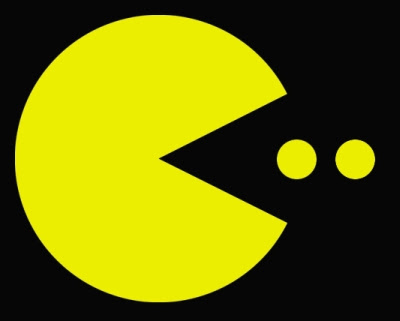 The Times had an interesting chart in their Sunday Business section showing how the various investment firms had gradually been swallowed up over the years. It really started back in the 1980s.

Remember E.F. Hutton, founded in 1904 ("When E.F. Hutton speaks...")? Became part of Shearson-Lehman-American Express in the 1980s. Then Lehman Brothers was spun off later on, and we know what happened to them.

What about Dean Witter? Remember that name? They were around since 1924. They're part of Morgan-Stanley, which is turning into a bank holding company and will be subject to greater regulation.

The chart is an interactive chart that is part of an article called Wall Street, R.I.P., and it really brought home how consolidated all of these firms have become, and how the basic way Wall Street functions will be changed in the future, no matter what happens with the bailout.

"The huge bailout package being debated in Congress may succeed in stabilizing the financial markets. But it is too late to help firms like Bear Stearns and Lehman Brothers, which have already disappeared. Merrill Lynch, whose trademark bull symbolized Wall Street to many Americans, is being folded into Bank of America, located hundreds of miles from New York, in Charlotte, N.C.

For most of the financiers who remain, with the exception of a few superstars, the days of easy money and supersized bonuses are behind them. The credit boom that drove Wall Street’s explosive growth has dried up. Regulators who sat on the sidelines for too long are now eager to rein in Wall Street’s bad boys and the practices that proliferated in recent years."

But what isn't a good thing, in my opinion, is consolidating even more money and power into the hands of even fewer financial institutions. If those regulators don't keep an eye on them in the future, we may be facing an even bigger mess next time around.
Posted by Mauigirl at 9/29/2008 05:28:00 PM

This is the best bit of writing on this mess I've read on how all this shakes out in the financial sector, but read Dcups post on this for the personal perspective. These posts should be read side by side. Nice job.

What a bunch of petulant children. I don't know if they came up with the right solution or not in this particular bailout plan, but I do know that Wall Street cannot crash without taking Main Street down with it. This stupid war that's being perpetuated between the two is ridiculous. And now people refuse to cooperate because their feelings are hurt. I'm really angry, and as I said, I don't even know if this was a good plan. Political grandstanding while the economy goes down in flames.

Funny, the Pelosi speech is no big deal, she said Bush has failed policies & is reckless.
As far as I am concerned, she just stated the obvious.
These cranks on the hill are running scared because it is an election year.

I think the Stock Market is just having a hissy fit because they didn't get what they wanted. Make a reasonable deal and I wouldn't have nearly the problems accepting a bailout but it seems as if they want their cake and to eat it too.

The rest of us are simply just screwed.

I for one am not particularly encouraged by the old-line Democrats like Pelosi who have been around forever. I hold them just as accountable as the Republicans.

I wish we could throw them all out and start over with a fresh crop.

I suspect the bozos know no more ab out whether the bailout was good or bad than we do. They are running for re-election and this is about the only time they pay attention to the voters.

What really terrifies me is that this "free market" economy is leading to super super conglomerates and there will soon be little or no competition. The mega leaders will be our new rulers, and politicans will become as the dinosaurs.

My hold problem is this Maugirl, who will be the regulators?

We cannot count on the House and Senate to do the job...that speaks for itself.

We cannot hire the same people that got us in this mess from Wall Street to do the job. So Who would you consider to regulate financial institutions?

the legislators are responsible for their votes. they are accountable to their constituents, and they are expected to vote with the best interests of country in mind. they cannot shift blame for their decision to another legislator's speech.

I love how one day McCain and Bush are all, the economy's fine - and the next - OMFG we're in a meltdown. But it's not our fault, it's theirs! Riiiight.

Great post. One can only imagine when there will be any money to institute a national healthcare system after we bail out all these failed systems.
We must get out of Iraq. We cannot afford these failed Bush policies to drain out infrastructure.

Utah, thanks - and yes, DCup's post epitomizes what this mess means for the regular folks out there who are not part of the Wall Street elite.

Ruth, you're right - they are like children. I hope the Senate bill passes in the House even though it is now even MORE expensive.

Fran, you're right, later on they admitted it wasn't just Pelosi's speech that did it. Their constituents were outraged about it and that's what worried them. Now I hear the calls they're getting are more 50-50 as people are getting worried about the longer term effect of this mess.

Liberality, I know, it seems as if Wall Street just reacts to things these days, and bears no resemblance to any representation of value one way or the other. "Hissy fit" is a good word for it.

Kevin, I know what you mean. Unfortunately some of the ones we've got aren't that bad and their replacements would be worse. I think we need tweezers to just take out the bad ones!

Feather, that is my concern. When all of the money is concentrated in such a small number of places it is always dangerous.

LT, good question - it needs to be some kind of neutral, bipartisan group to regulate it all. Let's put Michael Bloomberg in charge of it!

Kouji, you are right - blaming the speech is just irresponsible. I was glad they later said that really that wasn't it. But it was pretty stupid of them to say that was why in the first place. Last night's Senate vote was much more civilized.

Candace, I know, it's because they really don't know anything about the economy (as McCain admits). They just blow with the wind.

Maria, I wonder if that is one reason the GOP does these things or allows them to happen - if you're spending all your money in Iraq, for instance, you won't have any left over for universal health care, which they don't believe in. Solves the problem for them.

It looks like the bailout isn't doing what it is supposed to do...big surprise.