With President Obama's decisive reelection on Tuesday night, the American people said "no" to the many millions of dollars spent by GOP Super PACs and people like Sheldon Adelson, who donated a small fortune of his own money to support Republican candidates, ending up with nothing to show for it.

After the Citizens United decision by the Supreme Court, many on the left feared that the practically unlimited amount of money that would pour into these surrogate organizations for the Republican candidates would leave the Democrats in the dust.

As it turned out, all that money was not enough to buy the election. President Obama was declared the winner a little after 11 p.m., with over 300 electoral college votes already in and possibly more to come, if Florida goes his way, as is expected. Nate Silver was right, and Unskewed Polls and Karl Rove were wrong. It's all over but the spin.

So why didn't all that money and advertising help the GOP? Maybe the answer isn't that the money couldn't help, but that it was used inefficiently. 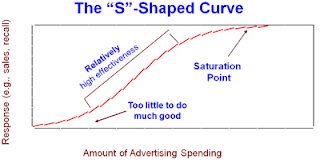 That saturation point is probably reached even sooner for negative advertising than for other kinds of advertising. The voters just start wishing it was all over, and become cynical about whichever candidate continues to push these ads on them. And it doesn't help that some of Romney's last ads, in Ohio, were full of lies that the voters knew better than to believe in the first place.

Of course, the Obama campaign also had plenty of money from donations. They raised a billion dollars themselves and had plenty of advertising. But the difference was in the way they used it. Their advertising started earlier, before Romney's campaign really took off, and defined him to the American voters before he had a chance to.

In addition, they targeted individual voters and identified a whole database full of potential supporters who fit the profile of Obama supporters - but hadn't yet become supporters.

In market research, this is called identifying your "Strategic Value" stakeholder or consumer - the target person who is most likely to respond to you or to your product and help you achieve your objectives. The next trick is to gain insight into that person and understand what makes them tick. Apparently the President's campaign was able to do this and to motivate those stakeholders to go out and stand in line for hours to vote for President Obama.

But it came down to a lot more than just good marketing principles for the President and his supporters.

It also came down to changing demographics - and a new coalition of diverse citizens who came together to reject the old viewpoints offered by the GOP, to reject hate and bigotry, and to support the President's vision of moving "Forward!" rather than backward.

Hispanics, Asians and African-Americans were all key voting blocs in the Democratic victory. Obama won among Hispanics 71% to 27% for Romney; among Asians by 73-26%, and among African-Americans by 93%. These population groups are all growing, while white Americans, who were more apt to vote for Romney, are declining as a portion of the electorate, a trend that is expected to continue. 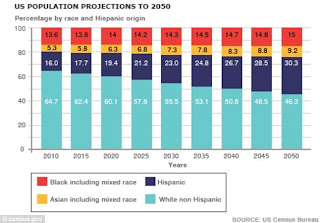 President Obama did better among women than his opponent, with 55% of women voting for him vs. Romney. And, showing the importance of women's issues, candidates Akin and Mourdock, both of whom were castigated by their remarks about rape, lost their Senate races.

In addition, many women were elected, including Elizabeth Warren, who took back the late Senator Edward Kennedy's seat from Republican Scott Brown in Massachusetts, the first female senator from the state. Other firsts: Tammy Baldwin, from Wisconsin, will be the first openly gay Senator. In Hawaii, Mazie Hirono will be the first Asian American woman there, while Hawaiian Tulsi Gabbard will be the first Hindu elected to the House of Representatives.

Young people came out to support President Obama again, as they did in 2008. He captured 60% of the vote for people 18-29, compared to only 36% for Romney. This age group represented 19% of the electorate, up a point from four years ago.

In addition, gay marriage was approved by voters in Maryland and Maine, and will likely be approved in Washington State as well, the first time same-sex marriage has been approved by the voters themselves. Other states allow gay marriage, but the decision was made by the state courts or legislatures. And in Minnesota, a referendum to amend the state constitution to prohibit same-sex marriage failed, another victory against bigotry.

And as Rachel Maddow pointed out last night, if the Republicans don't start changing and join the reality-based world, they will be a footnote in history. Now they have to figure out whether to continue to double down on their far right wing positions and become less and less relevant to the population, or whether they will do some sincere soul-searching and try to come into the 21st century.

I'm hoping for the latter, because we need at least two viable parties in this country to keep a real dialogue going and to work together to solve problems. There are too many issues that need to be addressed; we can't afford another four years of gridlock and partisanship. But it takes two to tango and the GOP needs to step onto the dance floor.
Posted by Mauigirl at 11/08/2012 01:36:00 PM

Political ads are why TV remotes were invented. We used them every single time an ad came on the tube. Also if you are trying to shill a flawed product, no amount of fancy commercials is going to sell it. An Edsel is still a crappy car no matter how many gorgeous blonds are draped over it.

superbly researched Mimi. A great job all around. But don't tell Karl Rove this stuff. He is convinced that the President suppressed the vote to win--by painting the willard as a jerk, leaving good republicans no where to go. And of course karl is in deep doo doo having wasted a 100 million from rich people. They tend to get pissy when their return is a sad 1%. :)

Anonymous, you are right, of course - product quality has to be good as well! And Mitt's lies and flip flops made him a poor product.

Sherry, thanks. I know, Rove and others will never admit they were just plain wrong. I am hoping there may be some reasonable Republicans who may consider going in a different direction. But I'm not holding my breath!

Beautifully researched and said, Mimi. I know the last few weeks I've just been muting any ads that came on. I only found the negative advertising more annoying.

I hope, hope, hope that the moderate Republicans (they exist, I believe -- they've just been subverted by the FAR right Tea Partiers) will grab their party back by the tusks, as it were, and make for some bipartisan action in government. Because otherwise, as you pointed out, the Republican party is rendering itself politically irrelevant.

Looks like I'd better think twice before buying Rove's next book, "Election Math: The (R)Right Way".

nice post and stuff...but, going back to the title..
//Money Alone Can't Buy You Love //

just remember... Money alone can buy beer...I tried to buys some the other day with a little love, see, and alla I gotz was slapped.

Amanda, I agree - there must be some moderate ones left, or some who will see the writing on the wall and stop pandering to the far right. Even Boehner told his House members that they had to be less intransigent. I hope it helps in the negotiations to prevent the "fiscal cliff." Dave, you're right - Rove's math ain't so good! OKjimm, yes, that is true. Beer is good and it makes me happy!