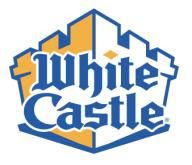 Last night a group of us went out and in the course of our conversation, the subject of White Castle hamburgers came up.

This never fails to elicit from me a description of the White Castle that used to be in Verona, New Jersey, on the corner of Bloomfield and Pompton Avenues. In fact, I tend to wax poetic in describing my memories of the place.

The Verona White Castle is intertwined with all those memories of late night adventuring that I did when I was young. Hard as it may be to believe, Mauigirl once went out partying until the bars closed. And what is more perfectly delicious and nourishing at 2 a.m., after imbibing an inordinate amount of alcoholic beverages, than to partake in that great American repast, White Castle cheeseburgers, or as they are affectionately known as, "slyders"?

Our White Castle was tiny, with one or two little tables placed in the area where you first walked in. At 2 a.m., this area was full of other inebriates waiting for their hot, fragrant bags of burgers. I would wait patiently behind them in anticipation of the moment when I could actually get up to the window to see the burgers being made.

When you gave your order you were given a number and when that number was called your order was ready. But in between that time was the delicious anticipation of the arrival of the order. You could stand staring into the window at the griddle where the little square hamburgers with the holes in them were cooking away.

There is something about having been drinking that always focused my concentration. I would stare hungrily through the window and take in each detail of the scene, including the faces of the preparers.

At our White Castle, two people always manned the griddle at 2 a.m. One was a very old man, probably at least 80 years of age, with no hair whatsoever and one of those white paper caps that people wore in fast food places in those days. The other was a middle-aged woman with brown straight hair pulled tightly up into a round bun on top of her head. No paper hat was needed, as her severe hairdo took care of any stray hairs that might have slipped into the burgers. She had a round pudgy face and the brightest blue eye shadow I'd ever seen.

I would watch as they took out new frozen squares of hamburger meat, placed them onto the bed of chopped onions that had been cooking there probably since 1921 when White Castle first opened. Gradually the hamburgers steamed over the onions and cooked themselves. As they turned from pink to brown, pieces of cheese were placed on the ones destined to be cheeseburgers; the little buns were placed on top so that they got steamed along with the hamburgers, and the whole entity became infused with the cooked onions.

Finally the time would come; burgers were scooped up, put together, and put into those white paper bags labeled "White Castle," along with the orders of fries and onion rings. Then, miracle of miracles, your number was called, and you exited the White Castle with your bag of treasure, got into your car, and drove off, devouring the fries with one hand until you got to your destination and feasted on the rest.

The last time I had White Castle was with my husband the year before we got married. It must have been 1984. We had been out and got the craving...went to White Castle (I'm sure the old man and the woman with the blue eye shadow were still there) and brought home a dozen "slyders" and fries. We ate the whole thing and as usual got up the next day feeling that slightly queasy feeling you get after eating White Castle. It's those onions that have been cooking for 75 years that does it.

Alas, our White Castle is gone now; replaced by a Famous Ray's of New York pizza place and an Acura dealership. There is another White Castle over in Orange but it's much bigger than "our" White Castle and I've never been there. Anyway, the old man and the woman with the blue eye shadow wouldn't be there so it just wouldn't be the same.

What a great memory...I can almost smell those onions from here.....hang on the smells coming from my kitchen.....almost burnt the dinner so busy surfing!!!!

LOL, glad you enjoyed it! It sure made me hungry when I was writing it!