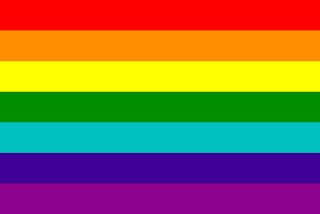 This is a historic day for the whole country - it is a huge step forward to fulfilling the country's promise that EVERYONE has a right to life, liberty and the pursuit of happiness! Let's keep the momentum going until all states become marriage equality states!
Posted by Mauigirl at 6/26/2013 11:03:00 AM

Isn't it ironic, at the very least, that a day before this historic ruling (striking down DOMA etc.) the Supreme Court also struck down the heart of the Voting Rights Act.
The Court giveth and the court taketh away...

Both the good rulings (on gay marriage) and the bad one (on the Voting Rights Act) were very close. A single judge voting differently could have upheld DOMA -- or preserved the VRA.

We need a secure majority. The next President will probably choose replacements for Scalia and Thomas. Let's make sure that next President is a Democrat.

Thursday is our big day. Phew, who knew wedding rings were so steep?

Historic, indeed! For once, the current Sup Ct got something right.

I know, the VRA decision was a bad one, but they did make up for it on this. I can only hope at some point Congress will pass a new law that will be flexible enough to encompass ANY situation in any state that would impede voting by anyone - so that it can't be struck down by the court in the future for being outdated. But of course to get this Congress to do anything is nearly impossible.

Christopher, congratulations! I'll be thinking of you both tomorrow! Yeah, gold, unfortunately, skyrocketed during the recession, so those rings are not cheap - but worth every penny of course!!! <3

This will surely make Gov. Krispie Kreme go off his diet. After all, food is so comforting.

My but you do go a long time between posts. Are you sure your blog isn't dead as you avowed it wasn't when you last posted? It would be sad if it were.