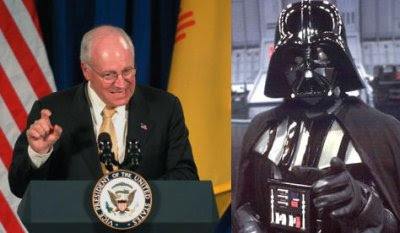 The summer heat is upon us and I have become blogthargic. That's a word I made up to indicate the lack of mental energy that would be required to write a long, thoughtful, outraged post about Congress passing the legislation that will allow W to continue his assault on the rights guaranteed by our Constitution.

The fact that a goodly number of Democrats went along with this makes it even more outrageous. As usual, the fear that they might be painted as "soft on terrorism" drove them to abandon their principles and go along with W's plan. When are they going to learn to stop falling for this ploy? No matter what they do, Republicans will frame them as being soft on terrorism anyway. So why not stand up for what is right?

I also want to mention I find it suspicious that Chertoff made his pronouncement about his "gut feeling" that something would happen during the summer not long before this issue was coming up for a vote. Sure, both he and the White House said there was no actual evidence of any concrete plots. But you can bet the announcement of his concern was no accident. It always pays to rile up the people and get them worried about possible terrorist threats so that W can get another law passed to increase his powers. Interestingly, it didn't seem to work on the American people. They may have finally gotten wise. After all, the boy only cried "Wolf" so often before no one believed him anymore. But apparently the Democrats haven't learned the lesson yet.

Last night's Colbert Report's "The Word" segment was really hard-hitting and pointed out how far we have fallen from our ideals since 2001. Colbert recalled that after 9/11, "Darth" Cheney said we may have to go over to "The Dark Side" and do things that are beyond what we usually condone, in order to win the War on Terror. Since Colbert presented it so well, in his inimitable satirical manner, I'll let him do the rest of the talking:

Your outrage was well-presented in your few choice words.

Leave the non-nonsensical pedanticism to the likes of Evil Spock.

Thank you, Evil Spock! I would not say that you are pedantic, however! Your posts get their points across in a creative and engaging way!

The American people understand the terror threats and "gut Feelings" are just more in a 6 year series of lies, designed to scare them into the pasture Bush so desires.

Wonder why the media hasn't understood this fact!

Mr. Darkness is calling for an attack on Iran, and as in everything: What Cheney wants, Cheney gets and we pay dearly for it.

That's all we need is to attack Iran. We have to get these people out of office before they do something crazy!

I see why Jefferson thought we should have a revolution every generation or so. This country is really getting out of the control of the people and is being run by an elite few who keep everything secret. We don't even know half the things they've been doing, I'm sure.

Maui, that was all staged manipulation, culminating with Boehner's treacherous leak of classified info to the press in order to bring it to a head right before the August break.