A Cat's Eye View - Baxter is Back 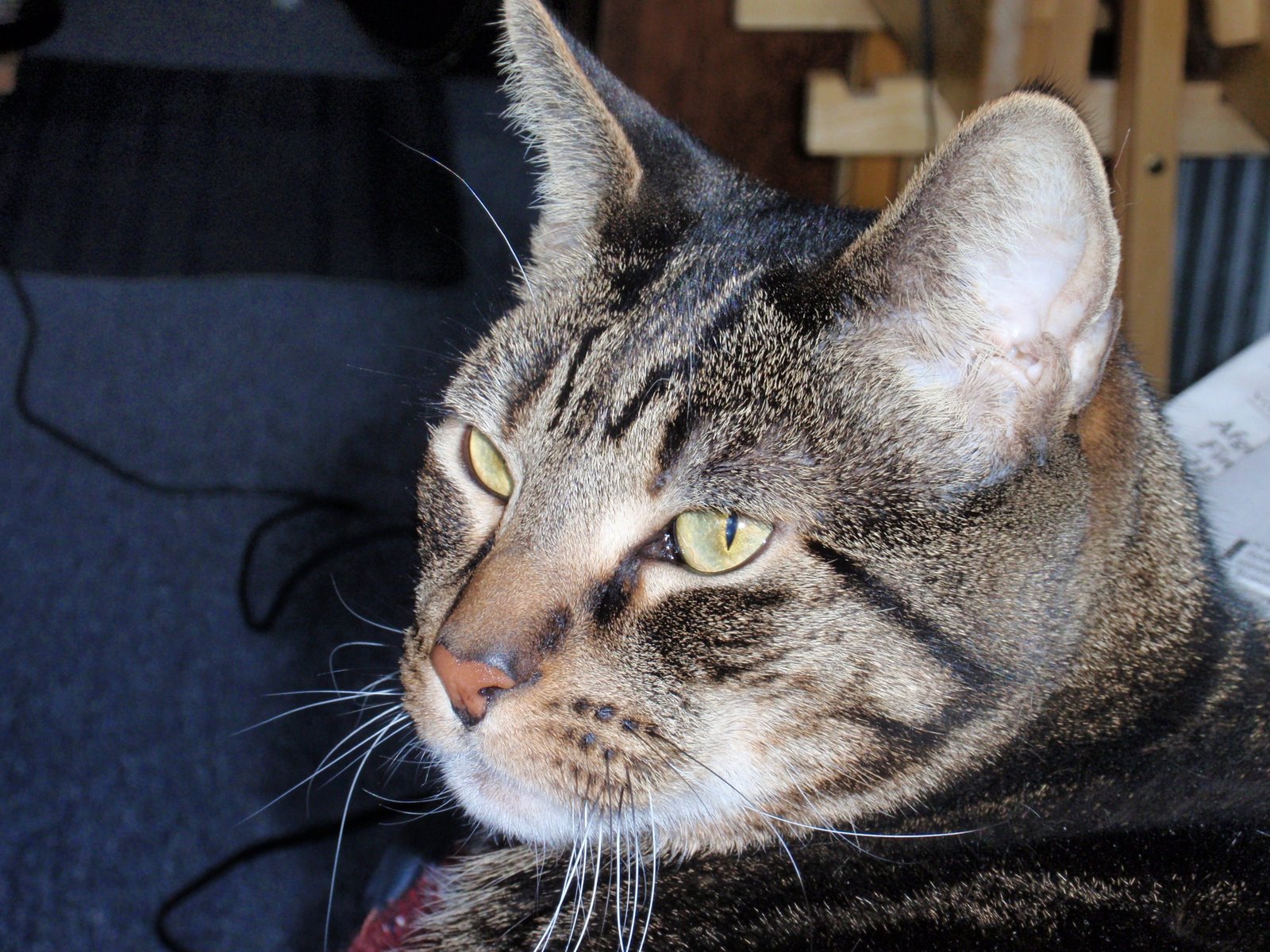 Baxter here. Yes, I'm Finally Back, after my Female Human decided to take an Umpteen Month Break and not let me Blog. I have So Much pent up inside that I don't know Where to Start.

Let's see... Since my Last Opportunity to Blog, a Lot of Stuff has Gone Down. I'll try to cover it By Month.

July 2013: George Zimmerman was Acquitted of Murdering Trayvon Martin. This self-styled Vigilante took it upon himself to follow a young African American guy who was walking Back from the Store with a bag of Skittles, and ending up shooting him Dead even though the Cops said not to get out of the car and follow him when he called 911 to report Suspicious Activity. He claimed he was In Fear of His Life and that's why he shot the Kid. Hmm. If he hadn't gotten Out of the Car he wouldn't have had to Worry about that, would he?

August 2013: Two more states, Minnesota and Rhode Island, began issuing Same-Sex Marriage licenses, later Followed by other States, in the Wake of the Supreme Court's striking down of the Defense of Marriage Act. (Same-Sex Marriage is Now Legal in 17 States plus Washington, DC and counting!)

Bradley Manning was Convicted of leaking over 700,000 Government Files and Sentenced to 35 years in Jail (although he can get Out on Parole in 7 years). Seems a Bit of an Extreme Punishment to Me.

November 2013: Illinois and Hawaii legalized Same-Sex Marriage. Virginia Elected a Democratic Governor, and Chris Christie was Re-Elected in New Jersey, to Our Dismay. And of course, the News in Guns included not One, but Two shootings in November: One at Los Angeles Airport and one at a New Jersey Shopping Center. Sadly, there was also a Typhoon that Hit the Philippines and killed a Lot of Humans.

December 2013: Yet Another Shooting, this time in Colorado, where a Kid killed another Student when he Couldn't FInd the Teacher he was Aiming to Kill. Then he Killed Himself. There was also a Nasty Train Crash in the Bronx that Killed 4 Humans and injured about 60 Others.

January 2014: January was a Great Month for New Jersey Democrats, as the Bridgegate Scandal erupted around Governor Christ Christie, dating to a Closure of Traffic Lanes to the George Washington Bridge near Fort Lee, Back in September. Turns out it was done On Purpose by some of Christie's Most Trusted Aides, and it's all Under Investigation. MSNBC had a Field Day digging into the Details for Weeks!

We got a new Chair of the Federal Reserve, Janet Yellen, the first Female Human to do the Job. Good for Her!

West Virginia had a Terrible Chemical Spill that contaminated Drinking Water, a result of Chemicals used in the Coal Industry. Between that and the Mountaintop Removal Method of Coal Mining, seems to Me that we should Phase Out the use of Coal as a Fuel in this Country!

February 2014: They had some Pretty Scary Revolts and Protests in Venezuela and Ukraine - the Ukraine Stuff is Still Going On. And there were Also the Winter Olympics in Sochi, in Russia. Lots of Controversies between Russia's Anti-Gay Policies and their deadly Solution for the Stray Dogs in the Area. Luckily, not all the Dogs met a Bad Fate - a Russian mogul helped Fund a Shelter to save a Lot of Them, and some Olympians even Adopted some.

March 2014: Russia marched into the Crimean part of Ukraine, which is Mostly Russian-Speaking People, and Crimea's Parliament voted to Join Russia. President Obama has Ordered Sanctions against Those responsible.

Now, I know I must have Left Out many Important News Items but this is as Good as it Gets for Now. I wanted to provide an Update in Case you missed Anything since last June when my Human last Posted here about Current Events.

All I can say is, as a Cat, I continue to find Humans to be Extremely Illogical and, frankly, Annoying. What's with the People who oppose Gun Control, No Matter What insanity Guns are involved with? Isn't it Ironic that since all those Kids were killed in Newtown, Connecticut, that hardly a Day goes by without another Kid being killed by a Gun? And yet, Nothing changes. I shake my Head in Bewilderment at This.

Oh well, all I can do is Comment here. We Indoor Cats don't get to go Out and interact in the World so we are the Observers of Humankind from a Distance. I must Say, however, that it Does drive me to the 'Nip to think about these things. I think it's time for some Catnip right Now, after having Looked Back on the past Year like this. Hang in there, Friends!
Posted by Mauigirl at 3/07/2014 06:01:00 PM

Baxter remains the smartest living thing around as far as I can see. Wish we had more of him voting. :) So glad you are back Baxter and hope you someday can tame the dogs downstairs!

Welcome back, Baxter. You're right that Humans are "Extremely Illogical and, frankly, Annoying."

I can't make heads or tails out of them. All we can do is sit back and watch with amusement/bemusement and wonder what our "leaders" will come up with next.